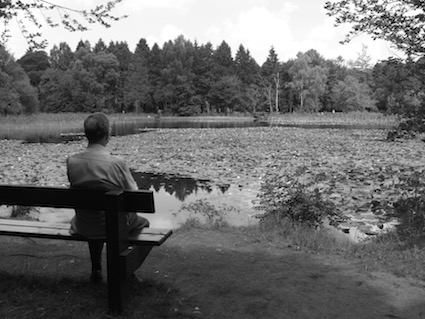 Our message is grounded in the Judeo-Christian traditions and draws upon the perennial wisdom teachings of many spiritual traditions from the ancient eastern and western worlds.

Male spirituality has an ancient lineage. Throughout history, communities around the world have devised ceremonies and rituals to honour the transition from boyhood to manhood. The purpose of most of these rituals was to help young men "die" to their younger sense of self and "find" the mature, deeply rooted and integrous sense of their true manhood. In today's cultures we have lost almost all of these rituals, instead we are increasingly addicted to consumption, acquisition, status, and material success as badges of our worth. We are in danger of losing sight of our "True Selves", of the deeper purposes of our lives, of our connectedness to the Great Mystery, to the natural world and our place in the universe.

During the 1980's, this work of male initiation was re-invigorated by Richard Rohr, a Franciscan, at the Centre for Action and Contemplation in Albuquerque, New Mexico, and through Richard's extensive writing and publishing this became the MALE's --Men As Learners and Elders--programme. More recently, Illuman, a not for profit organization has been established in the US to take forward this important work. MALE's Ireland was founded in 2004 in response to Richard's vision for men and today MALE's Ireland continues this work, through our monthly meetings, regular events and holding the Men's RITEs of Passage (MROP).

We welcome enquires from all men interested in our work and in developing their consciousness around male spirituality.